The Nigerian Labour Congress (NLC), Ekiti chapter, has declared that the workers in the State would no longer tolerate payment of one salary per month from Governor Ayodele Fayose.

The Congress told Fayose to be prepared to pay two month salaries and pension per month till the expiration of his tenure in October.

NLC added that workers were beginning to be hopeless about the possibility of Governor Fayose, whose tenure is gradually winding up to be able to defray backlog of salaries and pension as well as gratuities owed the state workers.

It said it was becoming clearer by the day that the government was not committed to the payment as earlier promised with the way things were going.

This decision was reached at the NLC’s State Executive Council Meeting held in Ado Ekiti on Saturday, which was made available to newsmen in a statement signed by its Chairman, Com. Ade Adesanmi, in Ado Ekiti on Sunday.

Adesanmi said the labour union was finding it extremely difficult to convince the workers that the present government would adhere strictly to its promise to pay up before the Governor–elect, Dr Kayode Fayemi, takes over on October 16, 2018.

The union demanded that the government should look for alternative way to offset outstanding salaries, pension and gratuities before the situation gets out of hands by paying at least two salaries per month 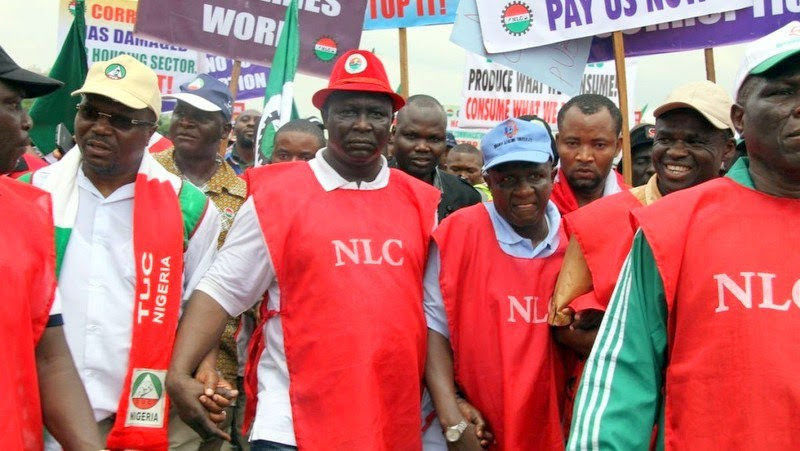 Adesanmi pleaded with stakeholders not to read any political moves to this action, assuring that workers in the state remain apolitical and won’t shy away from ensuring that the welfare of members are treated with priority.

He said: “The Ekiti State Government appeared not to be ready to fulfill its pledge of defraying the longstanding gratuity, pension, salaries and deductions for workers before the end of the tenure of the present government.

“That the situation about the outstanding salaries is even worse with the local government workers and primary school teachers in the state.

“That the situation has reached an unbearable level with workers of Ekiti State has thereby put the name and integrity of the labour leaders at stake, hence, they could not stand and fold their arms.

“With just two months left behind for this government to finish its tenure, workers of Ekiti State are now hopeless about the payment of the outstanding salaries, pension, gratuity and deductions owed by the state government more so that there are no convincing strategies in place to fulfill the promise that this administration will not leave as a debtor.

“Sequel to this, leaders are now in difficult position to convince workers of the state on the need to endure further.

“We are hereby saying that failure to address this pitiable and emphatic situation of workers in Ekiti State, the leadership of labour in the state may not be able to guarantee industrial harmony in the state”.

Title : We Will Reject One Salary Per Month Henceforth – NLC Tells Governor Fayose
Description : The Nigerian Labour Congress (NLC), Ekiti chapter, has declared that the workers in the State would no longer tolerate payment of one salary...
Rating : 5
Related Posts: freebeat, Music, Video